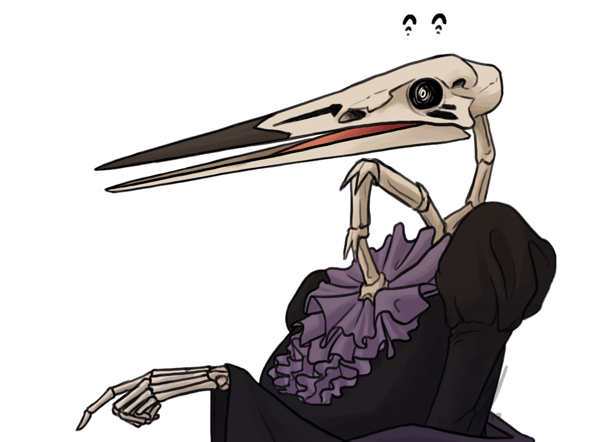 Posted on July 6, 2019July 8, 2019 by Skeleheron Posted in WritingTagged Writing

You know what the Butterfly Effect is, don’t you? I think nearly everyone does. It goes something like this: Everything is determined by what happened before.

What this means – in the loosest possible sense – is that a butterfly flapping its wings on one side of the world can trigger a series of events that, weeks later, causes a hurricane. Small triggers set increasingly larger things in motion. Just like dominoes.

A few years ago, people who watch – people who pay attention to patterns among the chaos – noticed something new. Sometimes, the steps between the butterfly and the hurricane are removed. For no reason anyone can tell, sometimes our small actions become microcosms for something much, much bigger. According to them, there’s no such thing as an ‘act of God’. There’s just us.

They call these moments a Butterfly Strike.

There’s no telling who will be ‘chosen’ as the Butterfly (if there’s even any logic or great Decider), or where the effects of their actions will occur. It’s a crapshoot. You don’t know when it’s your turn. It might never be your turn. That’s how the theory goes. It’s all chaos in the end.

It should’ve died there and then, but it was funny, and funny things stick in people’s minds. After a series of probing questions (“Can you share the vid you were watching? I want to wreck a small town myself”), a few forced memes and the usual kicks of a dying thread, it wound down.

Then someone else commented. No bodily fluids for them. They’d made pasta for lunch, been stirring it like crazy under the advice of some Italian relative who said it encouraged the starch to make sauce stick better. Sinkholes had opened up in Mexico City swallowing an apartment complex that killed nearly 200 people.

But forums like these are filled with all sorts of people. Some of those people are the types who’ll do anything to pass the time – to find a mystery to make their lives meaningful – and they got to work. They started off by taking in more stories from their fellow forum users. There were a couple of decent leads, but the majority of the results were clearly jokers, misplaced guilt, or some sort of latent messiah complex-come-narcissism.

They spread their net more widely. Started looking at articles and trawling comments.

“How awful for all those families! I was changing my daughter’s diaper when it came on the radio! I hugged her close and thought about how lucky I was.”

They created their own forums and swapped findings. Patterns started to emerge. Everyday people doing everyday things that somehow reflected an event happening elsewhere in the world at the precise same time. Often these things were similar in nature, even in an abstract way. What a coincidence.

“To think I was playing fetch with my dog at the same time those people were suffering. We have it so easy here. We dont appreciate it enough. Thoughts and prayers.”

As soon as people decided this was real, just about every person with a social media account and too little going on in their lives became paranoid. No one wants to think they’re responsible for inflicting so much harm to others.

Before you knew it, there were channels and podcasts dedicated to ‘Butterfly Strikes’, a term many people claim credit for creating.

“Where were u when u heard the news?? I was out watering my garden. As soon as I found out were it was happening, I called my friends and family.TYHANK YOU to the emergency workers for their service xoxo.”

When ‘after the fact’ was no longer useful, an appetite grew for something current. After all, what good is it hearing about these tragedies once they’ve happened when we might have the power to stop them? If nothing else, it would stop the spate of guilt-triggered suicides that began blooming across the globe like an epidemic as those everyday people began thinking that that one time when they revved their engine too hard at a red light they might’ve caused a forest fire.

“The wife and I had just pulled in for gas when we found out. We were so upset, we turned right back around and donated our vacation fund to help the aid workers. Godbless!”

Every stiff breeze, every rumble, every plume of smoke – it all gets relayed to people who believe in it, which is an ever-increasing number. Doesn’t matter where they are or what they’re doing. They stop, they sit quietly, and they wait for it to pass. Because if you don’t then you’re basically a sociopath. A mass murderer.

There’s no law that says we have to, but the societal pressure has become immense. Sure the suicides have diminished now everyone who believes spends two to three hours of their day completely inert, but that hasn’t stopped vigilantes going up against someone they’ve decided might be responsible because they wiped their ass at the wrong time. And yes, okay, maybe the number of ‘Acts of God’ have decreased by a negligible amount, but smart money is on authorities changing up how they categorise such things rather than a meaningful change in the way the world functions. Who knows how far this ridiculous conspiracy has reached?

So, no, I didn’t stop working.

I have trained my whole life to do what I do, and I will not be challenged for ignoring some superstitious bullshit just because everyday people have decided we should. I have a responsibility and I intend to fulfill it. I don’t care that the rest of the team refused to help. If they chose to down tools and watch on in dumb horror because of some inane announcement while I continued, then that’s on them.

I won’t apologise for saving that man’s life. If I’d stopped he would’ve bled out into his thoracic cavity and died in five minutes. I had no choice but to operate.

Come on. Be serious for a moment. You’ve got someone you know will absolutely, certainly die right in front of you, and the possibility that maybe – just maybe – something somewhere else in the world might happen. You can’t gamble on a life because ‘maybe’. You can’t let a man die because ‘what if’.

… Only now I’m here alone, watching a livestream of a camera flying over what remains of Sicily, I’m suddenly not so sure.

One thought on “Butterfly Strike”