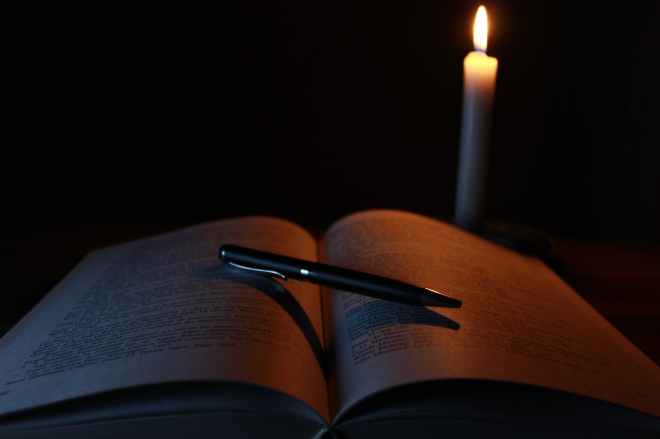 This is part of a text adventure series to celebrate the spookiest of months, October (and beyond!). Full information about what’s happening can be found here. It is free to read, but in order to vote on what happens next, you will need to be a Patron.  To become a Patron, you can find my Patreon page here.

Map of the known area

You approach the desk and lean over to light the candelabra. The lighter is resistant. By the time a hesitant little flame appears, your thumb feels raw with the action of working the mechanism. You have barely enough time to push the lighter to the candles and set them aflame one by one before it finally gives up on you.

You absently set the lighter to one side. It’s now dead. In its death, it reveals more about the desk. Thanks, little lighter: You have served well.

With the benefit of light, you can now see the specifics of the desk. The books catch your attention first. There is a common theme to them: gardening. You pick them up one by one – being careful to put them back where you found them – and flick through. They are in good condition despite their age which the printing information at the front informs you ranges between the 1810s and 1920s. Even by candlelight, you can see how crisp the image plates have remained. Someone must love these books very much.

One of the books appears to be a broad ‘spotters guide’ for common plants in the countryside. It is small and the cover shows signs of having been used out in the field. Pun intended. After some thought, you slip it into your pocket. It’s important to someone, so maybe it could be important to you.  There are three others that are more focussed on specific varieties: there is one about deadly nightshade and its applications, one on the genus Taraxacum (basically weeds like dandelions from what you can tell), and another regarding the Violaceae family which includes some exquisitely detailed plates depicting pansies, viola, and violets. A fourth goes into more technical and complicated specifics about the science of horticulture. There are pages of complicated formulae that make your head ache to skim over them.

The pot of pens is uninteresting. You half expect to see olde fashionede ink pens and a well somewhere within reach. Instead there’s a wholly mundane mix of ball point pens and pencils.

By the time you have finished sating your curiosity, the carriage clock informs you that fifteen minutes has passed.

Vote for what happens next on my Patron page before 11.30pm GMT tomorrow. The next update will be 8pm GMT on the 8th of November.